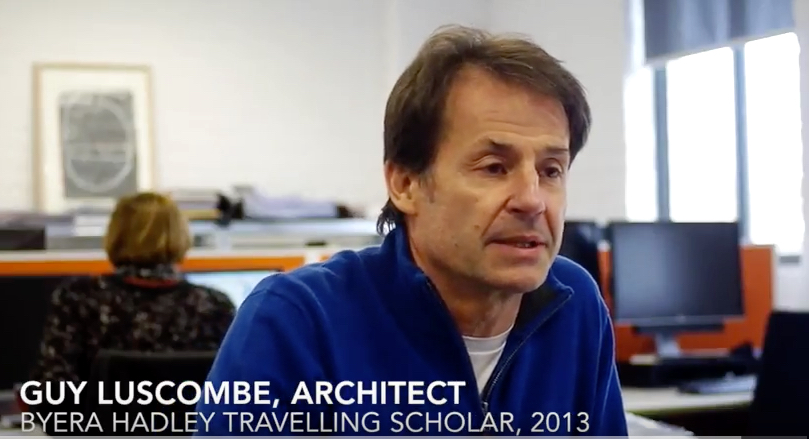 In 2014 I was lucky enough to complete a Byera Hadley Travelling Scholarship to study innovative forms of accommodation for the aged in Europe. I called the project ‘New Architecture for the New Aged’ and the ‘NANA Project’, as it has become affectionately known, has received broad acceptance amongst both property and aged groups alike but most of all from older people themselves.

At a recent community event I was approached by a woman who said, “I loved what you were saying and just wanted to encourage you to keep going. It is too late for me but I want better options for the next generation”.  This comment was both encouraging and sad but it is not isolated, I get similar comments practically every time I speak; “why aren’t there more places like you are advocating”; “how can we achieve this?”.  It is not because I am the greatest speaker in the world or because what I have been presenting is rocket science, it just seems there is great dissatisfaction with current housing options for people as they age.

If I had a dollar for every time someone had said to me that what they would like to do when they get old is get a whole lot of friends together, buy a block of land and develop their own Shangri-La, I could buy my own block of land!

Figures reveal that currently less than 6 per cent of people over 65 are taking up the retirement/ seniors living village option and a straw poll at every occasion I have asked, indicates that no one wants to move into a nursing home. This clear preference to age in one’s own home is reflected in the federal government’s Living Longer, Living Better policy that focuses on providing care at home and Consumer Directed Care.

The reality is, though, that often these homes are unsuitable, they are too big, too hard to maintain and isolated.  Precious few alternatives currently exist, living with offspring the most obvious.  But there are other options. The two that seem to have the most traction when presented are the shared equity, co-housing model and the intergenerational housing model.

If I had a dollar for every time someone had said to me that what they would like to do when they get old is get a whole lot of friends together, buy a block of land and develop their own Shangri-La, I could buy my own block of land!  Very few in Australia have actually done it.

In St Gallen, Switzerland, four friends had had enough of the ‘what if’ and decided that if they weren’t going to actually do something they would stop talking about it and so with no experience and a few mishaps, they developed the Wohnfabrik Solinsieme, a co-housing development for older people.  Completed in 2002 it has won numerous awards, most notably a national award for the best building for the aged in 2007.  After 12 years it was still going strong with only three people of the original seventeen pulling out and the places filled immediately.

Similarly, the intergenerational or multi-age housing model appears to have broad appeal among older people I engage with. The example I visited, again in Switzerland, was an affordable housing project in a new development area in Zurich.

“…it is an idea whose time has come and […] in twenty or thirty years there will be more options. We will view ageing in a more normal light, as much a part of life as youth or middle age.”

The operators were a community housing provider whose approach was that real community is made up of people from different life backgrounds so, in their case, they had developed a formula for the right mix of families, singles, young couples and older people etc, which had been shown to work.  The residents all signed up to the approach and agreed to participate in the community as part of their contract. Again all indications are that this has been very successful.

These two alternatives could be combined, of course, and there are myriad versions of both in terms of scale, location and affordability.

With a ready-made market of dissatisfied customers just chomping at the bit to find alternative housing options as they age, it is not hard to see why these two options, especially, appear to have huge appeal and potential. So why is no one doing them?

Probably the most obvious reasons are the unknowns.  Firstly humans have not really had to deal with a situation where as many people have lived as long before, there are no precedents and there is uncertainty, even fear, about what this unknown landscape is like and how we are to cope with it. We are venturing into new territory. So it is not surprising that we fall back on existing solutions and try and adapt those solutions to a new situation.

Underpinning these current approaches are the policy and funding frameworks.  The regulatory framework deemed necessary to ‘protect’ older people also constrains it.  The minimum standard is the ultimate (and only) standard. Alongside and intertwined are the resultant funding models that provide the financial mechanisms.  For example the industry wide ‘deferred management fee’ (DMF) model that finances nearly all retirement communities, would be difficult to adapt to the shared equity scenario being suggested here.

The other factor, of course is real estate. The places ideally suited to such developments are in the denser and increasingly more desirable areas of our major centres.  These areas also have little land available and what land there is, is expensive and affordability is a key issue with the seniors retiring now not having the benefit of former Prime Minister, Paul Keating’s compulsory superannuation.

So while the ideas are attractive to both seniors and providers of aged care and seniors services, no one know how to make them happen; there are few precedents, the policy and funding frameworks do not suit and there is no land. Innovation, and dare I say, a ‘disruptive’ approach is needed.

The shared equity model would likely tick the financial boxes.  It is predicated on ‘enablement’ and affordability; there are some but not a lot of precedents; and there appears to be a significant market for it.  It is a case of ‘when’ and not ‘if and when’ it is done and the proof of product is created – the flood gates will open.

It is hard to predict the future but I believe it is an idea whose time has come and that in twenty or thirty years there will be more options, we will view ageing in a more normal light, as much a part of life as youth or middle age. We will respect our older citizens and we will have worked out how to make places much more age friendly. There will be various forms of co-housing and it will be a valid choice with an array of options, not just for seniors but all people.